The Joint Committee set up under the Agreement, co-chaired by the Executive Vice-President Valdis Dombrowski and Japanese Foreign Minister Toshimitsu Motegi, approved significant improvements to the agreement on this occasion. Each side will have an additional 28 protected geographical indications, as well as facilitating trade in wine and vehicles.

"The EU-Japan Economic Partnership Agreement is one of our most important agreements. Together, the EU and Japan account for a quarter of the world's GDP and our bilateral trade amounts to around €170 billion a year. This agreement has made it easier and cheaper for European and Japanese producers to trade with each other and farmers have also benefited. Now, thanks to our intensive cooperation, another 28 quality agri-food products are protected from imitation. We are also facilitating trade in wine and automobiles, products of two key sectors, which is to be welcomed as a contribution to restoring economic growth after the COVID-19 pandemic. However, the relationship between the EU and Japan goes beyond bilateral trade. Both sides are supporters of open, rules-based global trade and a strong World Trade Organisation."

"This agreement is an excellent example of win-win trade, thanks to mutual trust and close cooperation, particularly in the agri-food sector. I thank Japan for its consistently constructive and fruitful dialogue. This agreement has been and will continue to be of great benefit to Japanese and European farmers. Just two years after its entry into force, a further 28 GIs are now protected in our markets on both sides. These products have a real added value, reflecting authenticity and quality, which is a further reward for our farmers. In addition, Japan has recently granted authorisation for oenological practices, which will bring more export opportunities for European wine producers. So it remains true that good food means good trade."

The Joint Committee takes into account a number of key achievements

Contact our sales manager Mark Benes to discuss your options.

Write us an email 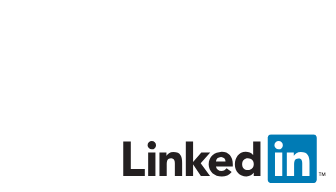 English (UK)
Manage Cookies Consent
We use cookies to give you the best experience on our website. By continuing to browse the site you agree to our use of cookies. You can change your cookie settings at any time, but you may lose some functionality if you do so.
Manage options Manage services Manage vendors Read more about these purposes
Preferences
{title} {title} {title}